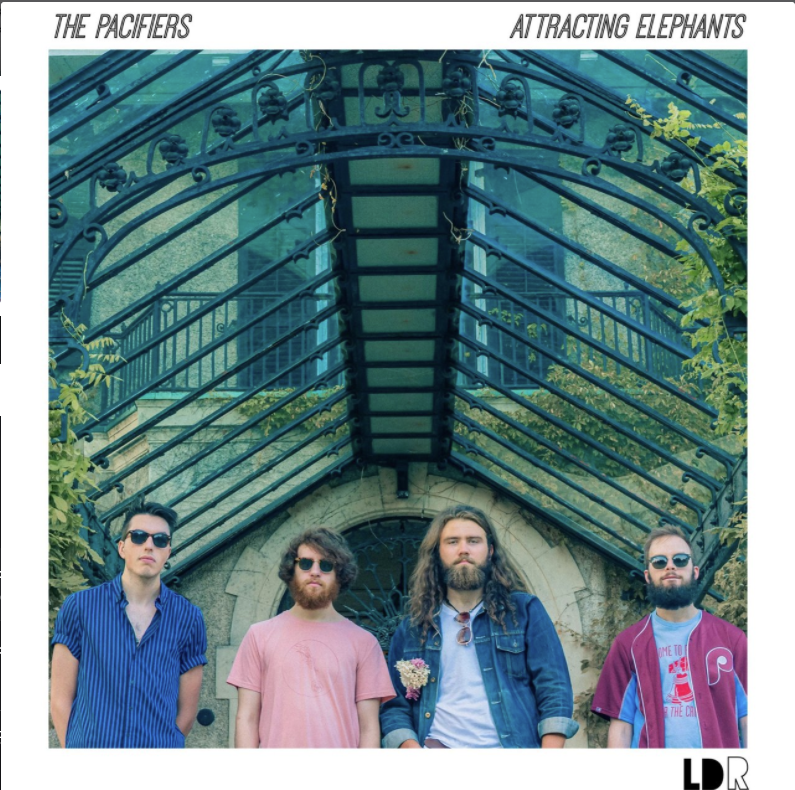 The Pacifiers (then made up of frontman and guitarist Andy Binns, guitarist Conor Lynch, bassist Ben DeBresser, and drummer Omar Elmor) started out playing 3-4 hour sets of covers at their neighbourhood bar (before they were old enough to drink there). This gave them the compositional rudiments they needed to stitch together their first foray into DIY recording, Astrophil (2017).

Following the release of Astrophil, Lynch went to school for composition and audio production, and during this time finished writing the songs that would become Macroscopic (2019), a more refined, focused album, exploring themes of infatuation and its associated frustrations. Recorded at Union Sound Company in Toronto under the watchful eyes of producer Alex Brown and engineer Darren McGill, Macroscopic would be a turning point for the band, marking a significant leap in the volume and maturity of their compositional output.

In the midst of the COVID-19 pandemic, The Pacifiers, now with Duncan Ross on drums, bubbled up and returned to their DIY, home recording roots, producing the Attracting Elephants EP (2020), a small collection of brighter, more pop-oriented songs written shortly after the completion of Macroscopic, sporting more visceral, abstract lyrics.